Tsuguharu Fujita · Only one Japanese painter who received acclaim in Paris

Tsuguharu Fujita · Only one Japanese painter who received acclaim in Paris

Statue of Virgin and Child of Frescoes
In December, the cold becomes even more severe, and I feel the coming of winter again. The other day I was surprised by the first snow in November which was observed for the first time in 54 years. Well, on November 27, the day when the painter · Tsuguharu Fujita was born in 130 years. Fujita was born in Shinagawa Town, Tokyo prefecture Ushigome ward (present Shinjuku Ward) in 1886 (Meiji 19).
Fujita was acclaimed at the Western paintings of the 1920s after the First World War, but in Japan it was unlikely to be accepted. I would like to look at Fujita 's lifetime chosen as a place to live France, saying "Japan threw me away."


Lloyd glasses on the head of the okapa, reason for the strange behavior 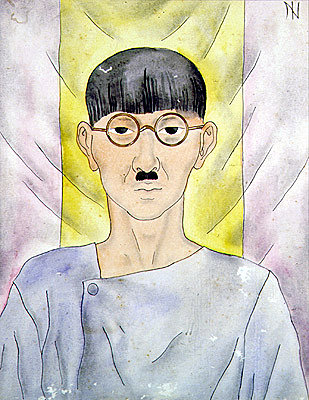 Portrait of Fujita - Ismael Nery
In 1886, when Fujita Tsuguharu was born, Hirofumi Ito, who became Primary Prime Minister beyond the Meiji Restoration, is preparing for the establishment of the National Assembly and the enactment of the Constitution of the Japan Imperial Japanese Empire, It was an era.
Tsuguji who was born as the youngest sister of the two older sister and older brother, four brothers recalls that "It was loved like a toy." My father was an army military doctor, it was a soldier 's house to be the army martial warrior general supervisor who later succeeded Mori Ogai. However, his mother's cousin was also a family painter who produced many artists such as Western painter Saburo Okada, playwright Kaoru Oyamauchi, music for the playwright, musician for stage critic Regenhara, and architect Yoshinobu Reidehara.
At the age of 14, when I informed my father that Tsuguharu who knew the father's hopes of wanting to be a doctor was a painter, sent it to my father, he said that he was granted a large sum of 50 yen to buy art materials from my father There is an episode. You can see not only the face of only a hard soldier but also the image of his father with an extensive educational policy to accept his / her hope and talent.
18 years old, Tokyo High School Attached Junior High School After my graduation I will offer my father 's hope for studying in France but I will enter the Department of Western Studies at the Tokyo Art School with the advice of Mori Ogai. This seems to have been Ogai 's conscience that it was good to have an academic foundation considering the success as a painter. However, at the time the paintings at that time, the innovation movement by painting theory centered on Kuroda Seiki who came back from France studying abroad has been carried out, studying at university is a disappointing day for Tsuguji who can not ride straight on this trend It seems that. Among such circumstances, exchanges with individual friends such as Okamoto Ichihei (father of Okamoto Tarou) seems to be an important and memorable memory for Tsuguhara after this.
After graduating from Tokyo Art School at the age of 24, I will repeat the defeat three times to apply for the exhibition. At that time, Tsuguharu makes a big love affair with Tomoda and Tomoda and will marry for the first time at the age of 26. However, the marriage does not continue for a long time, and at the age of 27, he gets a promise of three years' remittance from his father and leaves to France alone.
The town calmed down in Paris is Montparnasse. At the time it was still quiet and young painters started gathering due to the low rent. Among them are from Russia to Chagall, Italy to Modigliani, Bulgaria's Pascin, Belarusian Sutin, Polish kiss ring. Painters who established arts in Paris and adopted their own ethnicities and national characteristics in modeling, was called Ecole de Paris (Paris school) along with Tsuguhara.
28 years old, as soon as I went to France, the First World War broke out in 1914, remittance ceased and I got a pitiful life. Even so, remembering to devote yourself to painting always reminded me that I always worked hard to draw pictures. In such a case, the trademark okappa head is completed. It seems that I cut himself every time my hair grows because there is no money to go to the barber. Tsuguharu seems to have felt how to direct and appeal himself to learn and live art in Paris without knowledge, to abandon pride, to meet people, to build friendship relationships. Wearing flashy costumes, or being called by a party and being told that something to dance is a pleasure to dance Japanese dance and to cheer applause. This behavior would have been reflected in a strange thing from a moderate Japanese. Thanks to these efforts, we are fortunate to be introduced to Picasso and visit the apartment. At this time I met Cubism and got a strong impression. Impressionists of Kuroda Seiki who finished in Paris at the Tokyo Art School have already left the tide and new paintings such as Cubism and Surrealism have been appearing.
Tsuguharu will be 30 years old and three years of promise with his father will pass. At this time I will send a letter to my father and declare that I will continue my study abroad and I will refuse remittance from my father. I decided in my heart to succeed as a painter in Paris. I divorce officially with my wife in Japan.
Art activities will be resumed in Paris in the end of the war in 1918. People gathered from Europe and Asia aiming for success. Americans who came to Paris seeking a scent of culture for the postwar economic sponsors were sponsored by many artists as wealthy people. Tsuguharu Tsuguharu Tsuguharu Tsuguharu "like the profile of Paris" said that she is "a mother becoming a mother after shaving" is like that of Paris full of such peace and affluence. Montparnasse was repeatedly irritated night by night, drags such as Hassissi were traded at the cafe and painters also said they had sucked at the studio. This will continue until the 1929 World Depression. Paris, which was later named "The Age of Frenzy" is exactly overlapping with the 1920s when Tsuguharu was in the limelight.
Origin of acclaimed Tsuguharu "Secret of milky white skin" 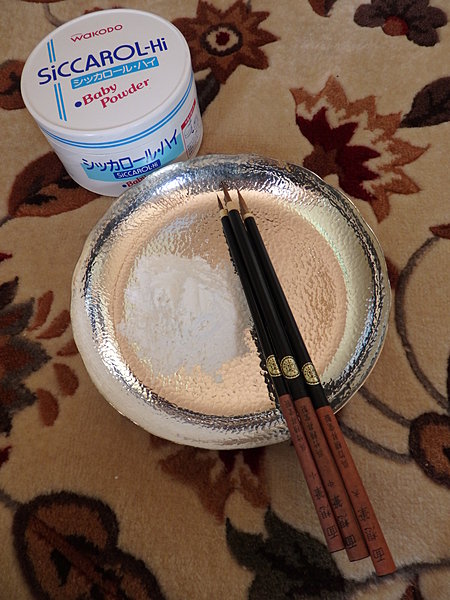 Siccolor and face brush
Tsuguharu throws at the age of 33, Tsuguharu who is going to win all 6 points that he sent to Salon · Daughton, which was resumed at the end of 1919. Two years later in 1921, three points of "self portrait" "my room, a still life with an alarm clock" "nude woman" were brought to the salon · Daughton and are acclaimed. "My room" shows the state of my own atelier. Three dishes are decorated on the white wall, and favorite items such as an alarm clock, Lloyd glasses, a pipe, etc. are placed on the shelf below, and you can feel the gaze of a calm and calm painter. From the critic of Paris, I received high praise that "a detailed touch that depicts details of things is unique to Fujita." I love this work and I have been close at hand but now it is in the National Museum of Modern Art, France. In this way, Tsugu keeps on publishing works to surprise the Paris painter one after another.
More than anything, Tsuguharu Fujita was recognized worldwide by winning its own expression method. It seems to have had since the time when I began to learn the thought that "painters should break their old traditions and establish their own style". Even after coming to Paris, "milky skin" was obtained as a result of continuing searching for unique expressions that were not imitation of people, being stimulated by the talent around us. The masterpiece is "Nude Woman Kiki" in the bedroom.
Nude women become one of the important themes in Western art. Actually, it seems that Tsuguharu gave a hint from Ukiyoe for this expression of skin. There is a sentence in the essay "One arm" of Tsuguharu as follows.
"It appears in the picture of Harunobu · Utamaro etc, a slight part of the leg part or a small part around the knee is peeped in and it seems to me that it is finding the actual feeling of the skin to the last.The first beautiful Matière of the skin I decided to express it. "
It seems that this was the reason for the innovation of Tsuguharu "birth of milky white skin" was born.
For a long time the technique was enveloped in mystery, but when restoring the oil paintings of Fujita's work, which took place after 2000, it turned out that the canvas had its originality.
The usual canvas consists of two layers, but there were three layers of Junji. The first layer is a normal glue. Barium sulfate not normally used for canvas was detected from the second layer. In addition, the third layer was coated with lead white and calcium carbonate. Lead white is best known as a white pigment and it is often used as a base material because it gives a vivid white color. Another calcium carbonate is the same white pigment as lead white, but when melted with oil it develops yellowish coloring. Tsuguhara mixed this calcium carbonate with white lead. A canvas that has been layered on two layers of underlayers made of three kinds of pigments on glue is slightly additive to vivid white by virtue of delicate blending of yellow and white. Is not it Tamago 's efforts to keep trying it? The fact that this calcium carbonate, actually Wakodo Co., Ltd.'s "Siccarol" was used is known from photographs of the production by Mr. Kunimon Doom. I do not imagine that such familiar things will be materials for beautiful paintings.
Another thing, that Tsuguhn surprised the critic of Paris was its flowing contour line. The delicate and beautiful black lines such as the body, the eyebrows and the outline of the nose make the color of the skin stand out. I devised to use Japanese face paint brush and black ink to draw this. It is because the tip is elongated and made of elastic and sticky hair, it is possible to draw a long long line.
In this way, Tsuguhara made maximum use of himself who is a Japanese in Paris, and has created a new technique written in the world of Western painting.
Frustration in France and frustration in Japan 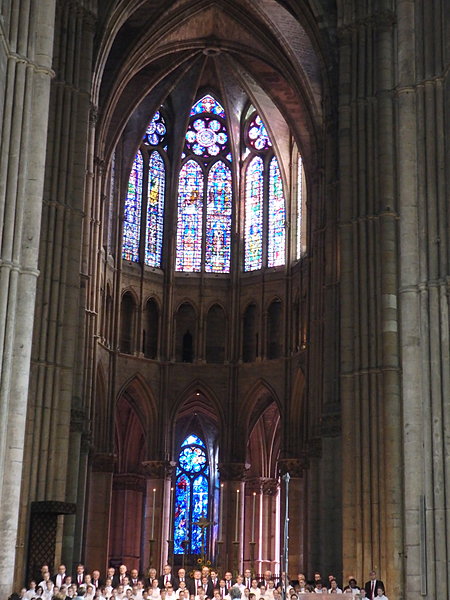 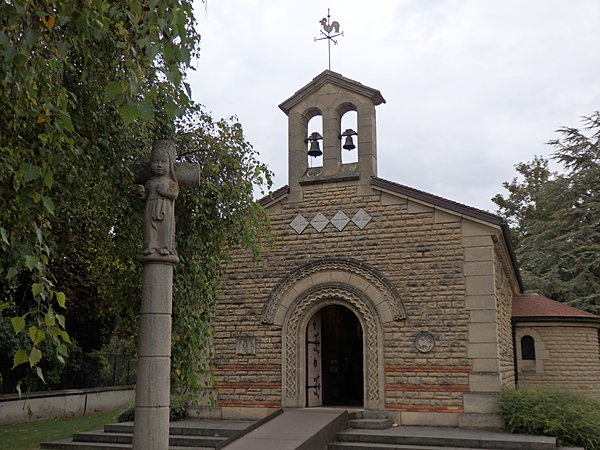 Lady of Our Lost Chapel