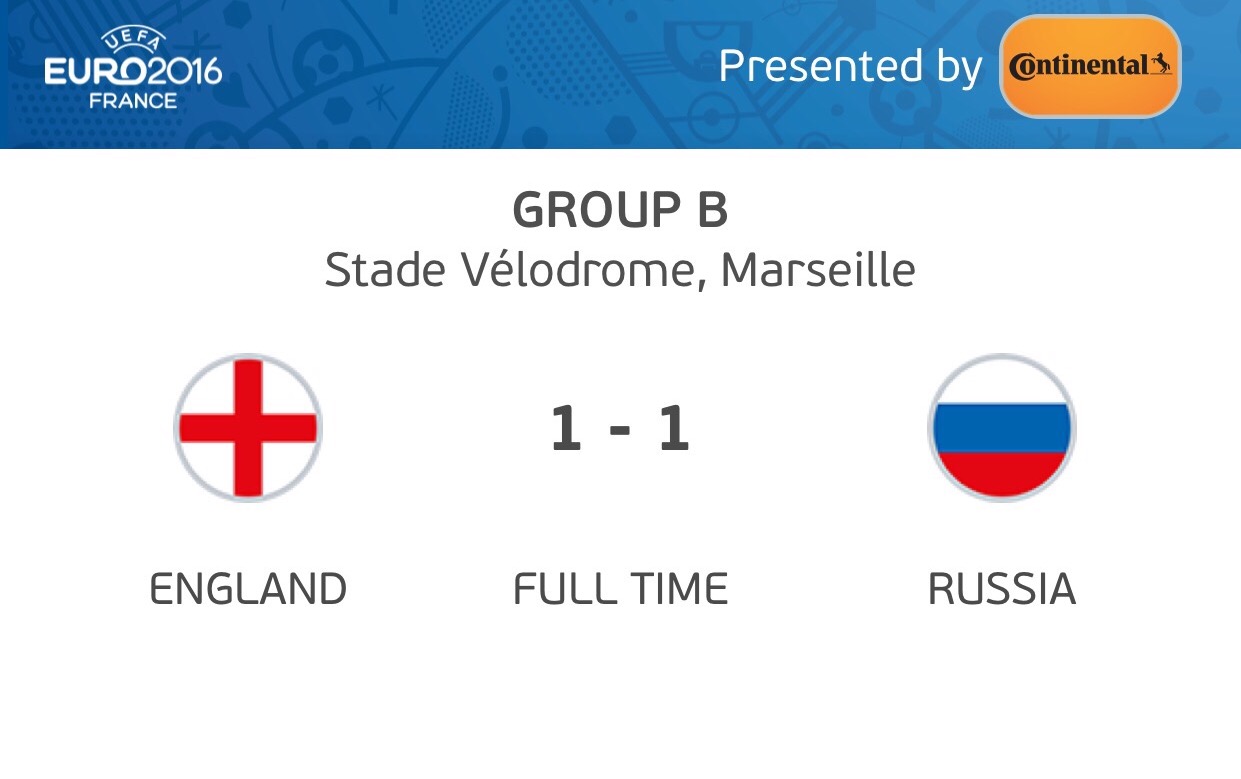 Leonid Slutski, Russia coachMy players stuck at it until the end and they rescued a point, which is tricky to do. England dominated the match, but we were still able to contain them and their dangerous forwards.

We were playing against a 4-3-3 or even a diamond system, so we were prepared for those two different tactical alternatives – we were prepared to play against both systems. We focused on their movement. As for their intensity, we tried to outdo them. That said, England are one of the quickest teams on the planet so I don't know if we were able to succeed in what I'd planned.

As for the new players, both [Roman] Neustädter and [Aleksandr] Golovin showed the level needed in this tournament.


Roy Hodgson, England manager
I have the same emotions as the players. To say we are bitterly disappointed would be an understatement. We were that close to a deserved victory and to lose it with one minute of injury time remaining is a tough pill to swallow, but that happens in football.

When we analyse the game tomorrow there'll be a lot of things we will want to take forward and hopefully we'll be able to put the memory of this last-minute goal behind us.

I know he [Eric Dier] can do it because I see it in training. The free-kick goal was a corollary of the fact we had so much possession in their half and they were being forced to commit those fouls.

Eric Dier, England midfielder and man of the match
It's disappointing because we were so close to a win in our first game. I thought it would have been well deserved. Our emotions went from a high to a low pretty quickly, but we have more games to look forward to and have to pick ourselves up.

It is one of the best moments I've had in football, a fantastic moment, and to celebrate with our fans who were fantastic around the stadium. I would have taken a win, though, with someone else scoring.

I've seen lots of his [David Beckham's] free-kicks. Ever since I was younger it's something I've enjoyed doing and practised a lot. 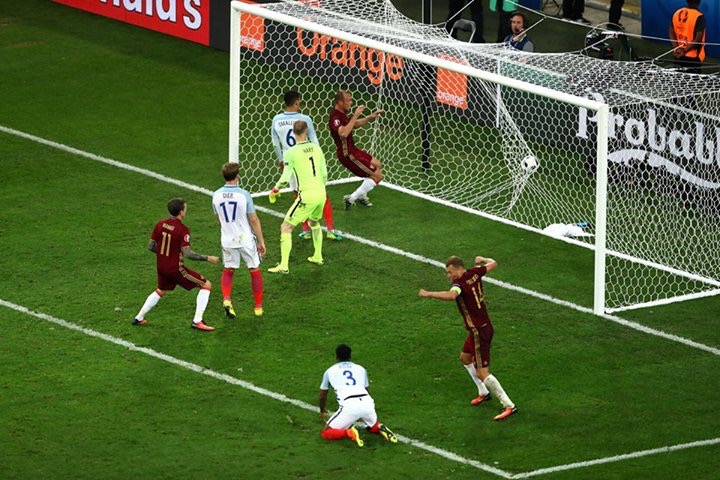